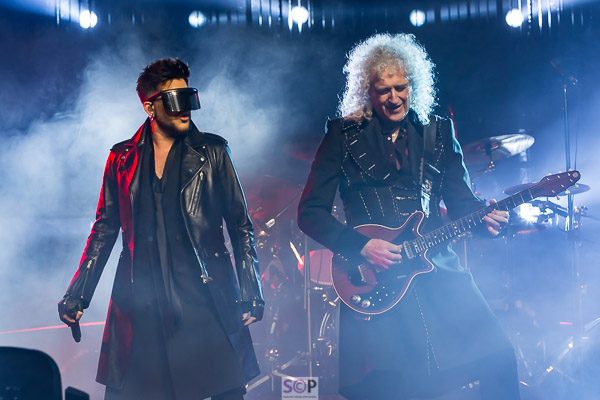 Tonight was the opportunity for Birmingham Live to shoot Queen and Adam Lambert at Arena Birmingham;  a chance not to be missed.

With 40 years since the launch of the album News of the World, there sure to be be some delights in the setlist. 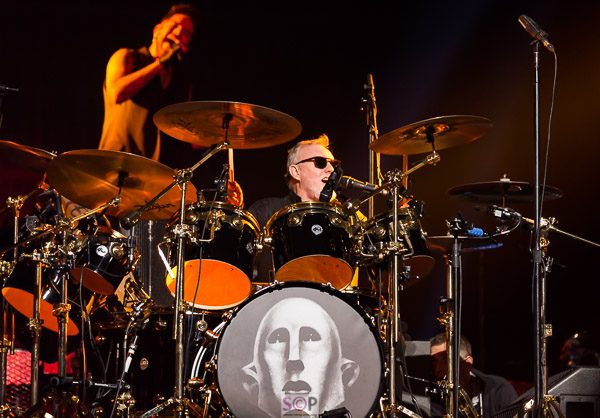 This combination of Queen (Brian May and Roger Taylor) and Adam is one that our reviewer from the 2015 tour assured me I must see. They left him speechless; a feat I assure you.

The performance opened with a large graphic wrap, which revealed the robot face and hand from the NOTW album cover.  Adam was as impressive as promised.  Visually striking, vocally amazing and with a stage presence to match.  He complimented Brian and Roger, the balance of the three key players was perfect, with the space to showcase each of them. 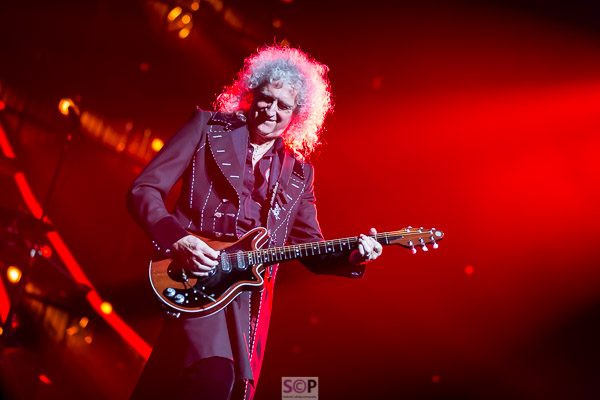 Brian May is distinct in stature, pose and ability. Both he and Adam used the long walkway out into the crowd with great effect and took time to make eye contact with members of the crowd. 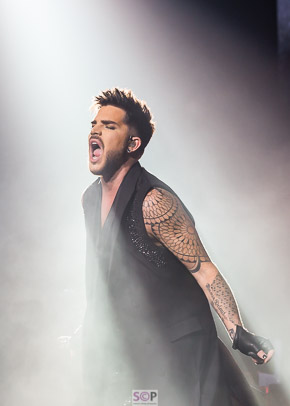 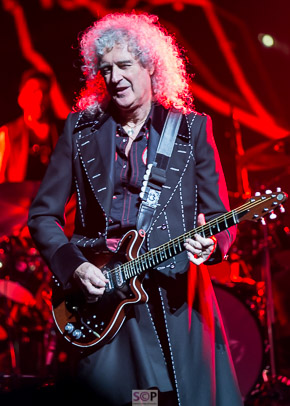 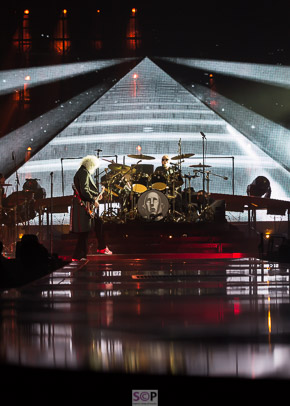 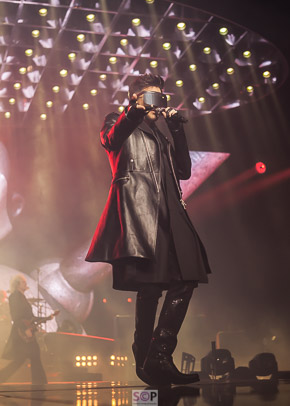 “Special” doesn’t touch this as a description.  The band are sold out widely.  The snapshot of We Will Rock You, Hammer to Fall, Stone Cold Crazy and Tie Your Mother Down was a quick view through a window onto their world – mesmerising. 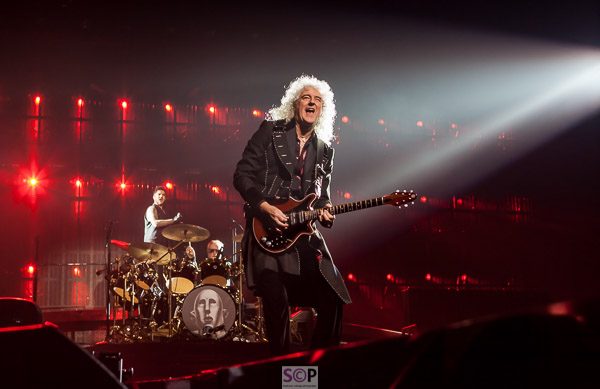 Queen, along with Adam Lambert, return to Birmingham on the 16th December.

Queen and Adam Lambert on tour: